Ilyas Hussain in Year 10 of Beal High School recently represented Great Britain in the Taekwondo World Championships, held in Vancouver. He is a potential Olympian of the future and Beal is proud to support him. 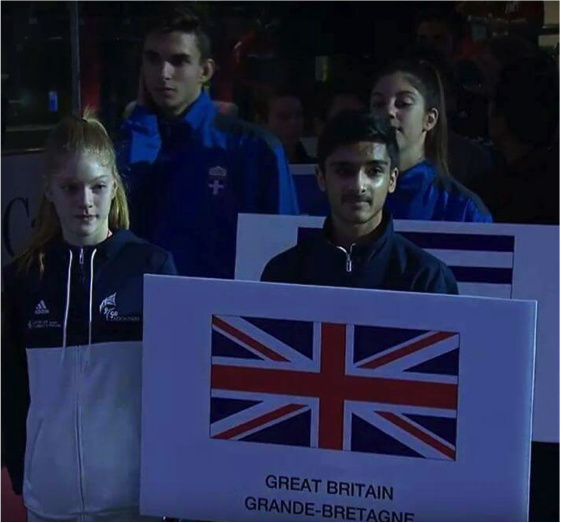 A letter from the National Taekwondo Centre: Ilyas’s father had this to say:

“Ilyas and I had an amazing time in Vancouver. Ilyas was at the championships for the 5 days and had little time for sight-seeing.

He was fighting on the first day. His opponent was from Spain; a much older and taller guy. Ilyas fought well and it was a very close match going into the final round. Unfortunately, Ilyas conceded a point and lost by the narrowest of margins. His coach and senior management were happy with his performance as he was one of the smallest boys there. He had the skill set but when you are fighting 17 year olds, who are like fully grown men, it is a massive mission.

I was told that the first day is always the hardest as the athletes would be extra nervous. Ilyas was very disappointed with the loss but has taken a lot away from the experience and is already back into training as he knows. Part of the game is also learning how to cope with the losses and move forward. I have enclosed a letter from GB Taekwondo outlining his performance as well as a couple of photos. He was proud to be flag bearer at the opening ceremony too.

Finally, I would like to thank you and all the staff at Beal for your continued support.”